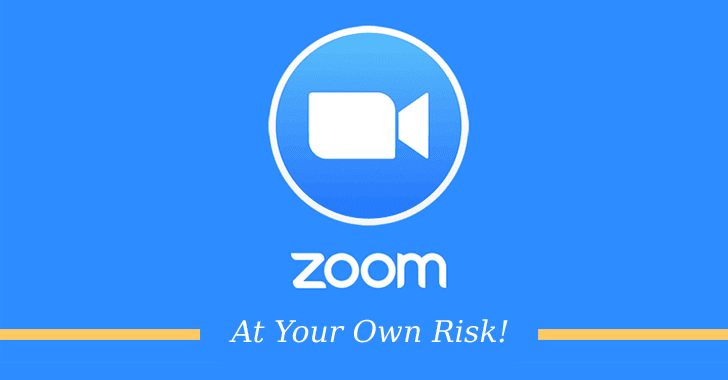 Zoom, the video conferencing software that’s skyrocketed in popularity as much of the globe sits at home due to the coronavirus outbreak, is quickly turning into a privacy and security nightmare.

BleepingComputer reports about a newly found vulnerability in Zoom that allows an attacker to steal Windows login credentials from other users. The problem lies with the way Zoom’s chat handles links, as it converts Windows networking UNC (Universal Naming Convention) paths into clickable links. If a user clicks on such a link, Windows will leak the user’s Windows login name and password.

As far as security vulnerabilities go, this one is pretty bad, as it doesn’t require a lot of knowledge to exploit. It does require the victim to actually click on a link, and it can be mitigated by tinkering with Windows’ security settings, but it’s definitely something Zoom should fix by changing the way the platform’s chat handles UNC links.

This is not the only privacy/security-related issue that has been unearthed at Zoom in the past couple of weeks. Just yesterday, The Intercept reported that Zoom doesn’t actually use an end-to-end encrypted connection for its calls, despite claiming to do so. There’s also the issue of leaking users’ emails and photos to unrelated parties, and the fact that the company’s iOS app, until recently, sent data to Facebook for no good reason.

Zoom software also has a couple of worrying privacy features, and although this isn’t Zoom’s fault, it’s worth noting that hackers are using the app’s newfound popularity to trick users into downloading malware.