Windows 7 reached such popularity that it took Windows 10 FOUR years to pass it in market shares. We are well aware that even today, Windows 7 is still being used by millions of users, making up roughly 26% of the chosen operating system on PCs.

Microsoft attempted changing this, even offering free upgrades to Windows 10, but this didn’t quite seem to work. 10’s of millions of PCs are currently left vulnerable to exploits and security risks.

There is an option for Business and Education Windows 7 users to pay for extended security updates, but these will turn out to become severely costly for most. Windows Pro users have it even worse. Windows 7 Business and Windows 7 Education users can expect to pay roughly R360* per machine for 2020, whereas Windows 7 Pro users should be prepared to cough up approximately R720* per machine for the same 2020 extended Windows 7 Enterprise updates, with costs expected to double annually. (*At time of press)

One can naturally see how this can become a costly exercise for bigger companies with more users.

Microsoft has pulled at every straw, with little success.

Microsoft has offered a free year of ‘post-retirement’ updates to Windows 7 customers who possess active Windows 10 subscriptions, but that hasn’t really made much of an impact on Windows 7 market shares. 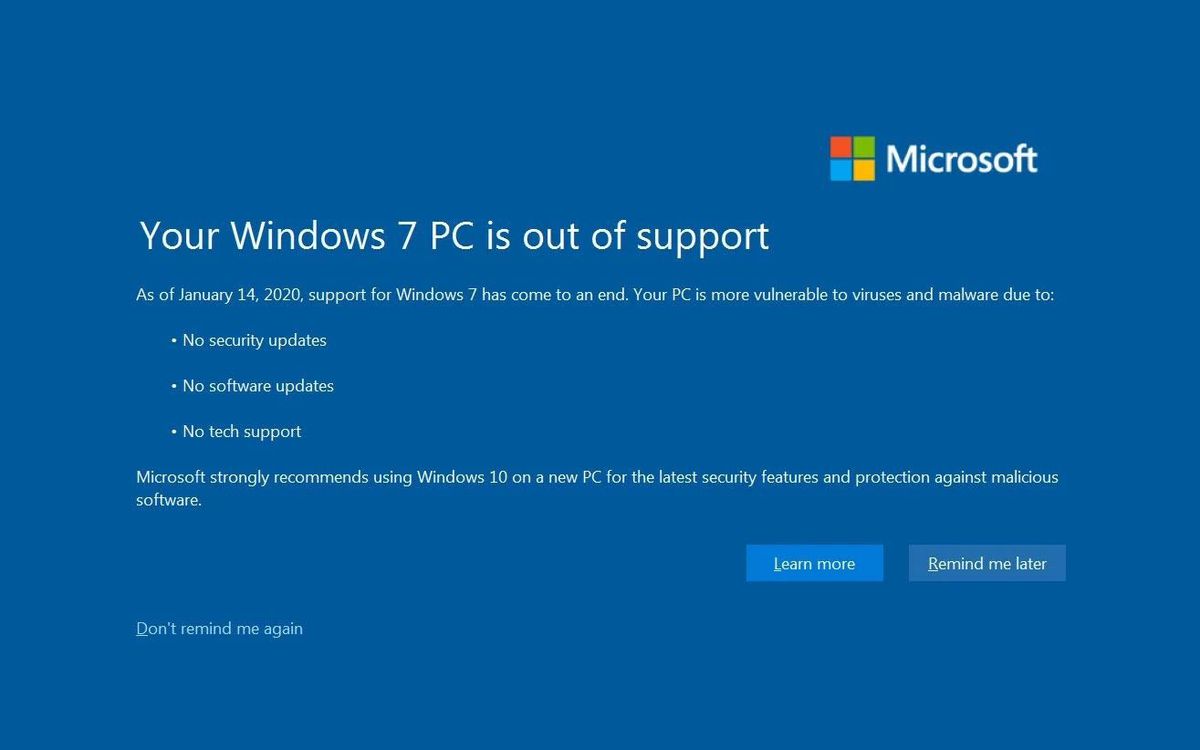 Google has offered the tiniest of olive branches to users – Chrome will remain in operation on Windows 7 devices until at the very least mid 2021.

What is the real issue here?

Well, considering that “zombie” systems continue to live on without support, one can see how many risks are present – remember the 2017 patch release for Windows XP and other unsupported versions because of the WannaCry malware outbreak? This was a golden pot for hackers and the likes due to these operating systems being utilized by hospitals and various other critical organizations. Microsoft may have their hand forced in doing the same for Windows 7 – BUT there is no guarantee.

Ready to take the Windows 10 plunge? it’s really not that scary.

Techtron Computers offers a comprehensive support structure to companies who are ready to change, evolving if you wish, with packages tailor-made to keep you online and most importantly, safe.